It was like a bad dream and I'll never forget it. I'd decided to have a rebirth* to get to the heart of some of the things that were affecting me. My father was one of them. My relationship with him had been traumatic. I was with Jenny Blackie, a trained rebirther, lying on a mattress on the floor while she sat on a chair looking down at me and I'd started breathing – deeply.

"What are you feeling?" she asked.

"I'm vibrating" I said. Then, as I breathed, I got a sharp pain like a stitch in my right side.

"What shape is it?

What a ridiculous question. But then I had an insight.

Colour? How could a pain have a colour? But then I saw it. It was black!

"Ask it what it represents!"

Ask it? Seems crazy. I concentrated. Then the thought came up – my father.

"I saw him and he looked lost."

"Why wasn't he stronger?"

"Why?" I puzzled over that. Then the answer came.

"Then I would have been!"

"Why wasn't he strong?" I saw his older sister, a big woman, standing over him.

"He was dominated by his older sister."

I kept breathing. Then I saw Dad in a bunker on the Somme. I didn't want to talk about it. But, well, there it was.

Suddenly the emotion welled up inside me. I could see him in a bunker, huddled, terrified. I began to feel his terror. Then I was there, with him, hugging him to me.

I was sobbing uncontrollably. He was a little boy and I had the strength. The shells were coming fast and exploding all around outside. There was no-one else there. We were alone. My whole body shook!

The tears were pouring from me as my body was wracked with sobs for the man I was holding – the terrified man who was my father.

"You can't stop Andrew. You're having this experience to heal you! Stay with it," she pleaded.

It was so real. My Dad, there in my arms. My tears. They were real enough.

"I want him to go over the top. Do you know what I mean? Out of the trench toward the enemy."

I knew he had to do this.

"Dad! C'mon Dad! Pull yourself together! You must go!"

I kept urging him on. He got up, moved toward the ladder, looked back, then disappeared over the top, carrying a stretcher. I collapsed into a corner of the bunker, feeling on the one hand elated that I had made a man of him, but also feeling guilty that I had sent him to his death.

I was still sobbing and completely exhausted. Jenny wiped the tears from my eyes. My nasal passages were all blocked up and I was choking with emotion.

Then he came back. He was dressed in a white uniform as he had been when he left. He came down the ladder and sat with his back to me. I felt disconnected from him and completely free of his influence.

I was still crying and shaking and had difficulty in standing up. I had a pain in my back but not as bad as before.

Back on the bed, I couldn't stop crying.

• Rebirthing is a process in which, under the guidance of a trained rebirther, you breathe deeply and continually, oxygenating your brain and reviving memories that have long been buried in the subconscious and, in this case, to surface unconscious fears.
Posted by Andrew E Wade - Author (1929-2012) at 3:26 AM No comments: 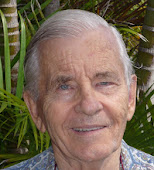 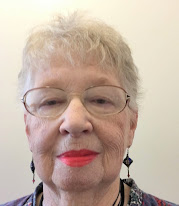